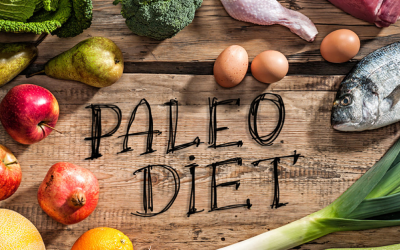 What is Paleo Diet:

The Time period of the earth is divided into various eras. One such era was the Paleolithic Era which is around ten thousand years old. Paleo Diet is influenced by the Paleolithic Era and encourages to follow dietary habits during this period. Paleolithic Era is also known as the hunter-gatherer era. This includes food like fish, meat, vegetables, nuts, fruits, etc. Paleo Diet has various names for it like the Stone Age Diet, Caveman Diet, etc. 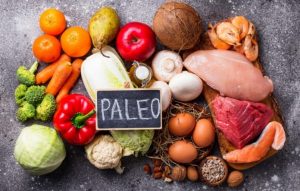 Researchers believe that the Paleo diet is successful as back in the time, hunter-gatherers did not suffer from diseases like diabetes, heart problems, or obesity. The rationale behind the diet has been that the human body is physically incongruous with the western diet that originated with agricultural practices, a theory known as the concept behind discordance. Farming modified what people eat and developed as additional staples of the human diet, legumes, grains, and dairy. As per the hypothesis, this comparatively late and sudden shift in diet outperformed the ability of the body to respond.

There is no single “true” way of eating for all and palaeolithic people flourished on a variety of foods, based on what would be available at the moment and where they lived in the country. Many ate rich in animal foods a low-carb diet, and others adopted a lower-carb diet of lots of vegetables. Much of this can be tailored to your own personal desires and interests.

Food items that you should think twice before eating! 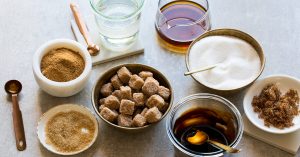 Food items that are best for Paleo Diet! 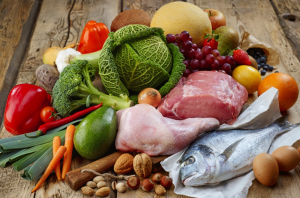 There are few food items that you can consume even though they belong to the evolved world.

For hydration purposes, you can opt for:

If you feel hungry even after having three meals a day, then you can choose snacks items from the list given below. There are suitable for Paleo Diet and will not hinder the process.

Overall, these studies indicate that a paleo diet can offer certain value in comparison to a diet of fruit, vegetables, lean meats, whole grains, legumes, and low-fat dairy products. Such benefits can include the following:

The paleo diet is high in vegetables, berries, and nuts, all components of a balanced diet.

The main distinction seen between the paleo diet and many other balanced diets is the lack of whole grains and legumes that are known to be good sources of food, vitamins, and other nutrients. Milk products, which are healthy sources of protein and calcium, are indeed missing from the diet.

These very foods are often deemed safe but are also more available and affordable than food such as wild game, grass-fed animals and nuts. Some people might find paleo diets too costly.

Studies suggest that the basic principle of the paleo diet might exaggerate the narrative of how individuals responded to dietary changes. Theories for a more nuanced view of the growth of mankind dietary requirements provide the following:

The paleo diet is developed after the diets originally adopted by hunter-gatherers. However there is no way to adopt the paleo diet, the general concept is to eliminate refined foods and rely on organic, natural foods instead. Foods that are paleo-friendly include beef, fish, vegetable grains, nuts, fruits and veggies, and good fats and oils. Evite products, fruits, and sugar are stored.

Best Paleo Brands on Amazon For a Healthy Diet
What Is An Alkaline Diet? It's Benefits, Food List and More
9 Fitness Trends to Expect in 2021
What Is Reverse Dieting and Can It Help You Lose Weight?
What Is the F-Factor Diet, and Is it Safe?
What one Should Know About the Anti-Anxiety Diet